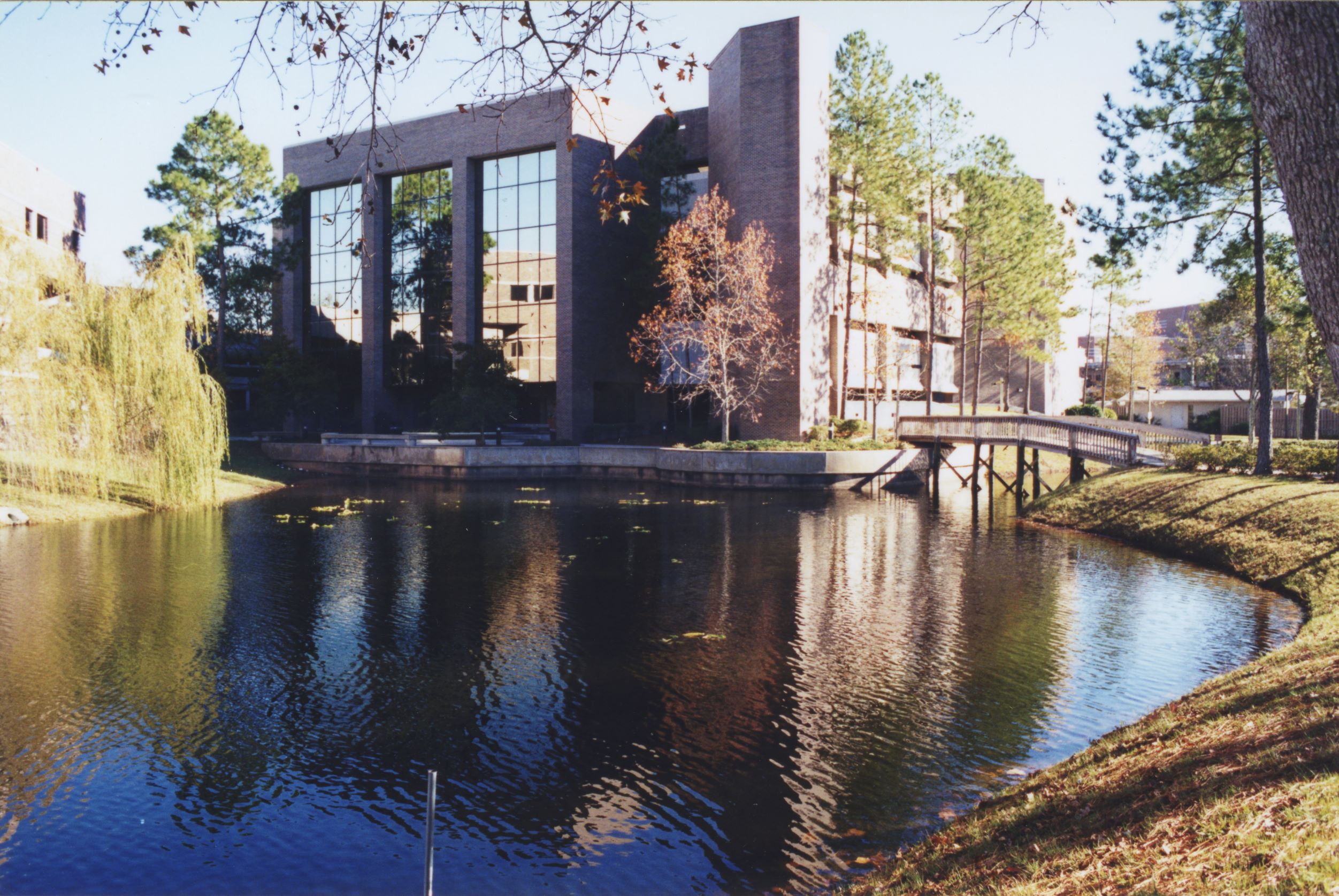 In 1969 Dr. Thomas G. Carpenter was appointed as the first President of UNF. As the founding UNF administrator, Thomas G. Carpenter personally directed the physical development and initial academic organization of the University. He was a strong advocate of the Library as a cornerstone in the educational process and saw it develop during his tenure into an invaluable regional and state resource.

After 11 years as President and with the University firmly established, Dr. Carpenter resigned and returned to his alma mater, Memphis State University, as its President. Upon his resignation, at the initiative of the Student Government Association and with legislative approval, the university library was named Thomas G. Carpenter Library. The library was the first of all campus buildings to be named. The Library Dedication ceremony was held on August 15, 1981 and immediately followed the Summer Commencement.

After many years of anticipation and planning, in May 2004, construction began on a four-story addition to Building 12. The building took approximately 12 months to design by the architectural firm Rink Design, and Turner Construction received the contract for the new construction and the renovation of the old sections of Building 12.

The re-design included the relocation of major public service areas. Access Services and Special Collections moved to the first floor. The General Collection stacks were divided for future growth between the third and fourth floors, journals and bound periodicals remained on the third. A substantial number of individual and group study rooms were added to the first and second floors. A major change was the exclusive first floor access to the Library (facing west to parking lot 2), as opposed to the previous second floor inner campus public entrance.

The new addition to the Carpenter Library added 79,000 feet to the 120,000 square feet of the old building, increasing the rated capacity of the facility from 800 to 2,000 visitors. Total completion cost of the new facilities was approximately $22.5 million. The new addition opened to the public in December 2005.