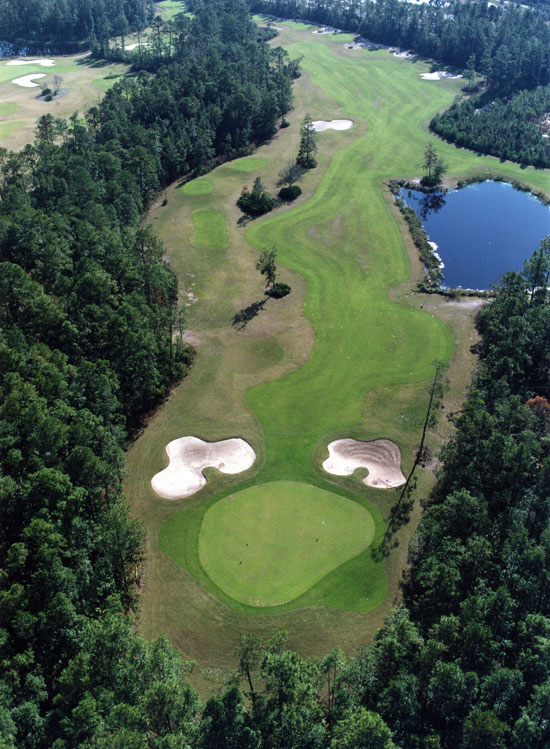 The Hayt Golf Learning Center was named to honor UNF benefactors, golf enthusiasts, and Jacksonville businessman John T. and Geraldine Hayt. The project was made possible by an initial $750,000 gift from the Hayt family, followed by two more $100,000 gifts. With matching state funds and another $100,000 donated by the First Tee, plus other gifts, the final donation total amounted to more than $2 million.

The facility was located on a 38-acre parcel on the southeast part of campus adjacent to J. Turner Butler Boulevard. The site was planned as an Audubon International Signature golf course, a certification awarded to those willing to establish a partnership with Audubon International to create an ecologically designed community. It featured a lighted driving range and chipping/putting area, an 8,000-square-foot educational facility, and three regulation-distance golf holes available for use by UNF students, faculty, staff, and the general public. Golf News rated the finishing hole as "possibly the best in the area." Florida Leader Magazine also singled out the Center in May 2003 for having the best golf course in the state university system.

According to former UNF Golf Coach John Brooks, "The idea was to build something the whole campus could enjoy and something the public could use. The public is genuinely interested because they have a place they can go practice and play a few holes and not spend a lot of money or time at." The facility will also play host to annual First Tee clinics, which reach out to "young people around the world by creating affordable and accessible golf facilities primarily to serve those who have not had previous exposure to the game and its positive values."

John Hayt began his relationship with the UNF golf team in 1993, and was a longtime member of UNF's sports booster organization, the Osprey Club. In 2007, UNF's home golf tournament was renamed the John Hayt Collegiate Invitational. Formerly known as the Queen's Harbor Intercollegiate tournament before being named the Mercedes-Benz Collegiate Championship, the tournament was known as college golf's first major tournament of the spring season. In announcing the renaming, UNF Athletics Director Dr. Richard Gropper commented, "John Hayt has been a friend personally and professionally for many years. His contributions to the University in general and to the athletics program in particular have helped to define the University of North Florida as one of the finest young universities in the country. I'm proud to have John Hayt's name associated with our golf program and our golf tournament."