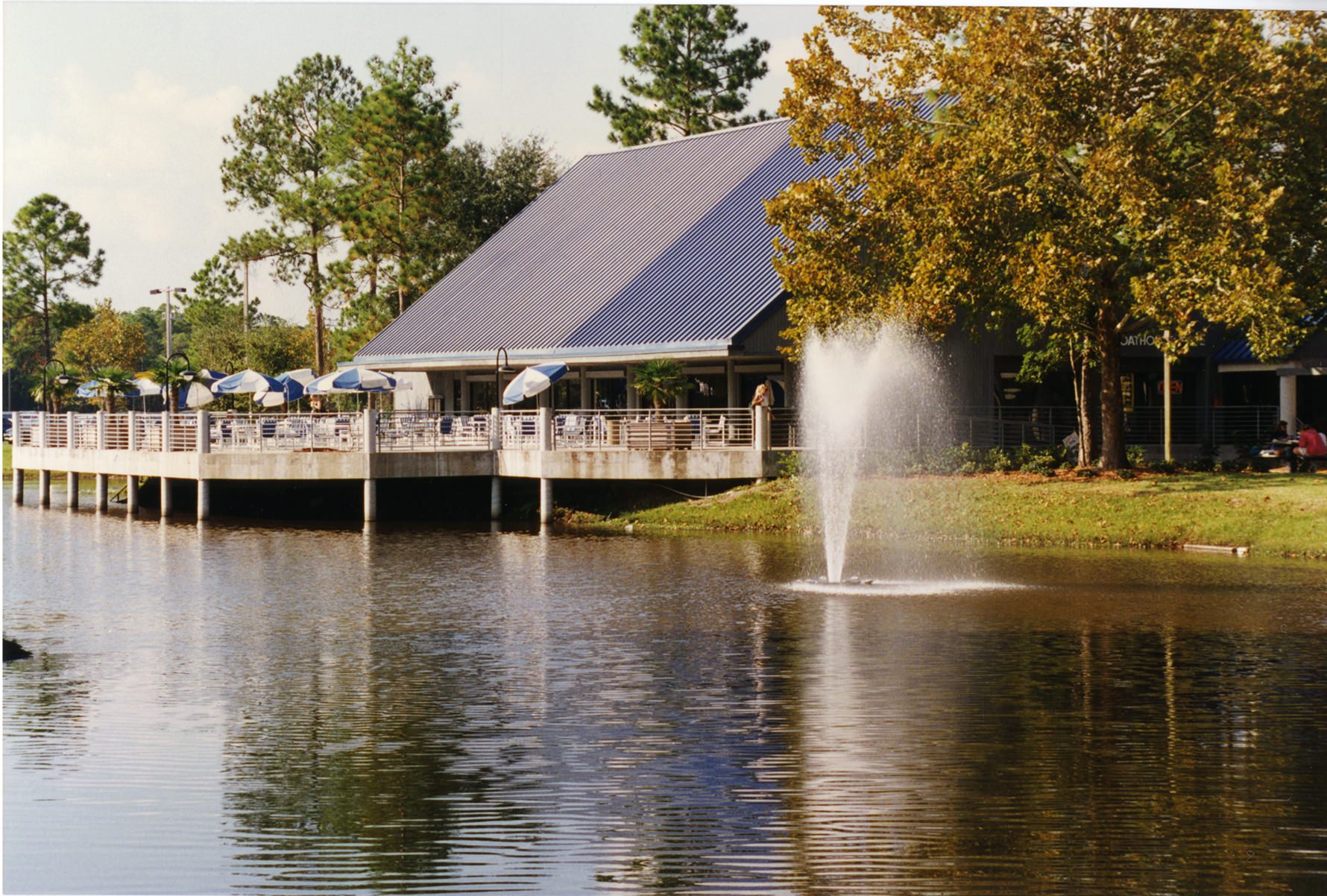 Since its opening in 1973, the UNF Boathouse, so named because of its lakefront location, has served a unique role in campus life. Originally designed in 1972 as a food service facility to supplement a small cafeteria and campus vending machines, the Boathouse has gone through a series of transitions.

During UNF's first decade, in the absence of a student union, the Boathouse functioned as a snack bar and restaurant, a place for socialization, happy hours, and relaxation. The snack bar offered light snacks, cold sandwiches, pizza, and the usual choice of beverages. Initially, a rudimentary set of wood picnic tables was placed outside near the lake, but a small deck was added in 1974 to accommodate the growing UNF population. Musical concerts, poetry readings, and small drama productions were regularly held on the deck, and the facility served as a popular gathering place for students, faculty, and staff to mingle and interact with each other.

On December 27, 1978, the Boathouse was destroyed by a fire during Christmas vacation, causing $90,000 in damages. The building was declared a total loss, and a new, considerably larger building was erected on the same location. To the delight of all who missed the "old" Boathouse, it opened in September 1980. This vastly improved and substantially enlarged Boathouse had a large sloping roof and deck over the lake, and continued to serve the campus well as a food and entertainment venue. So well in fact, that in 1994, it was renovated and expanded.

Its next transition was its conversion in 2002 to Wackadoo's Grub and Brew, a casual dining/full-service restaurant offering students additional entertainment features of video games, pool tables and a large projection screen. The interior was updated to include seating booths and a serving bar, and numerous photographs from UNF athletic events were placed on tables and walls. In August 2007, Wackadoo's was upgraded and given a new name - UNF Boathouse Grille.

On May 9, 2008, the Boathouse closed its doors permanently to make way for construction of the new Student Union. The Boathouse was razed in early August 2008. The Student Union, housing a new full service "Boathouse" restaurant, opened in May 2009.