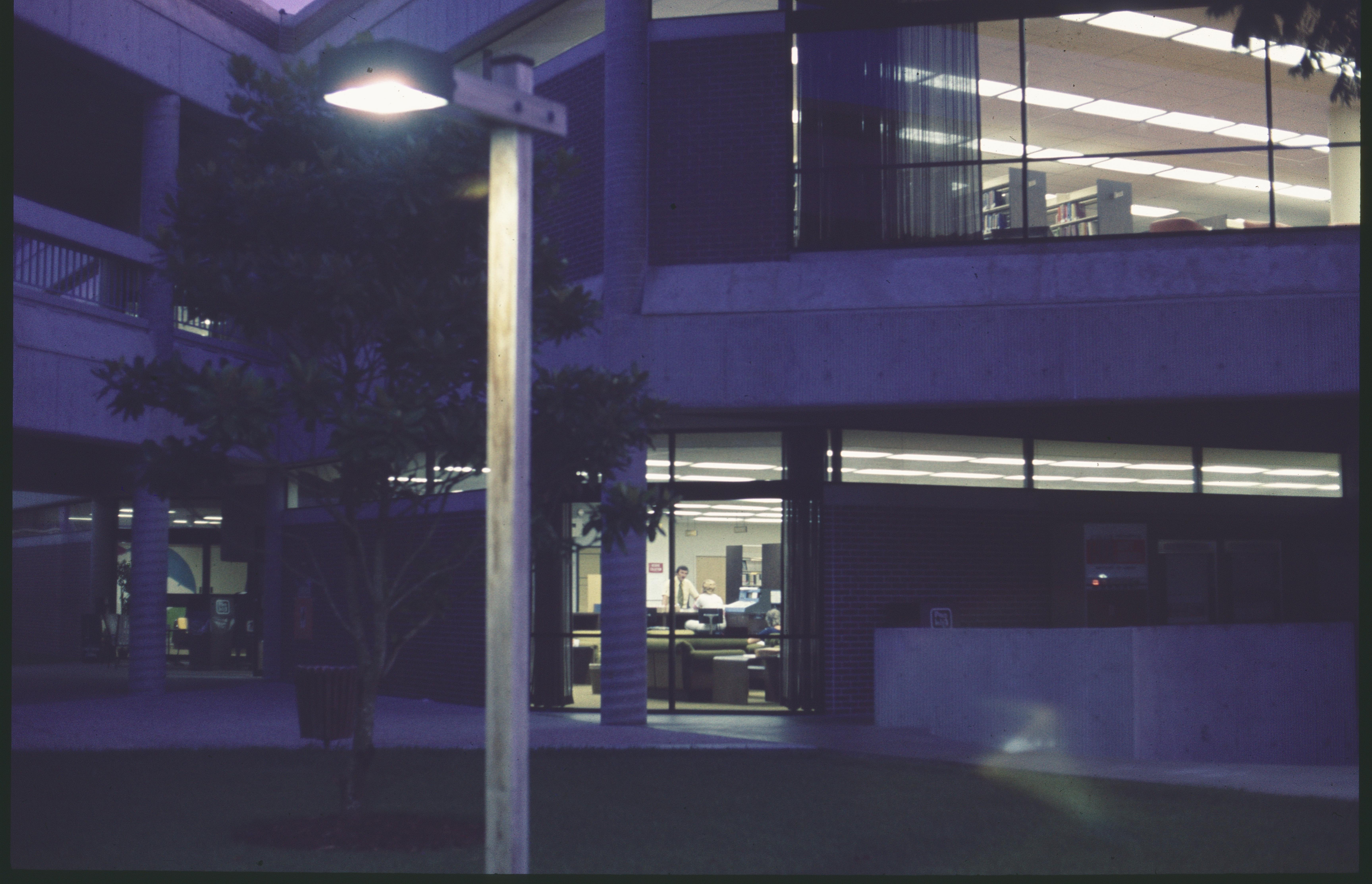 Since its opening in 1972 as one of the four original buildings on campus, Building 2 has gone through a series of transitions. Its original structure, at 30,000 sq. ft., first served as the University Library from 1972-1980, and in the first few years housed the university bookstore as well. A 30,000 sq. ft. addition, completed in 1974, doubled the building capacity. When the bookstore moved the space was remodeled and converted into the University's first Art Gallery. In addition to its primary purpose, serving as exhibition space for campus artists - students and faculty - it accommodated the works of visiting artists and traveling exhibitions, and was often used for receptions for local events and visiting dignitaries.

In 1978, construction began on a new library, the current building 12, situated across from building 2. This substantially larger and updated library facility officially opened on October 1, 1980. Through the years, Building 2 was renovated and converted into much needed classrooms and campus offices, variously holding the Departments of Music and Sociology, and support services such as the Career Development and Academic Resource Centers, Center for Multi-Cultural Affairs, and the Disabled Services Program.

Beginning with the presidency of President Adam Herbert in 1989, several buildings, carrying only a number until then, were named. On September 28, 1989, Building 2 was dedicated as Founders Hall to honor the charter faculty, staff and students on board at the University on opening day, October 2, 1972. Three UNF Presidents - Thomas G. Carpenter, Adam Herbert, and Curtis McCray - were present and spoke at the ceremony. The dedications of Osprey Hall and Founders Hall were part of a number of events celebrating the two-day inauguration ceremonies of President Adam Herbert.