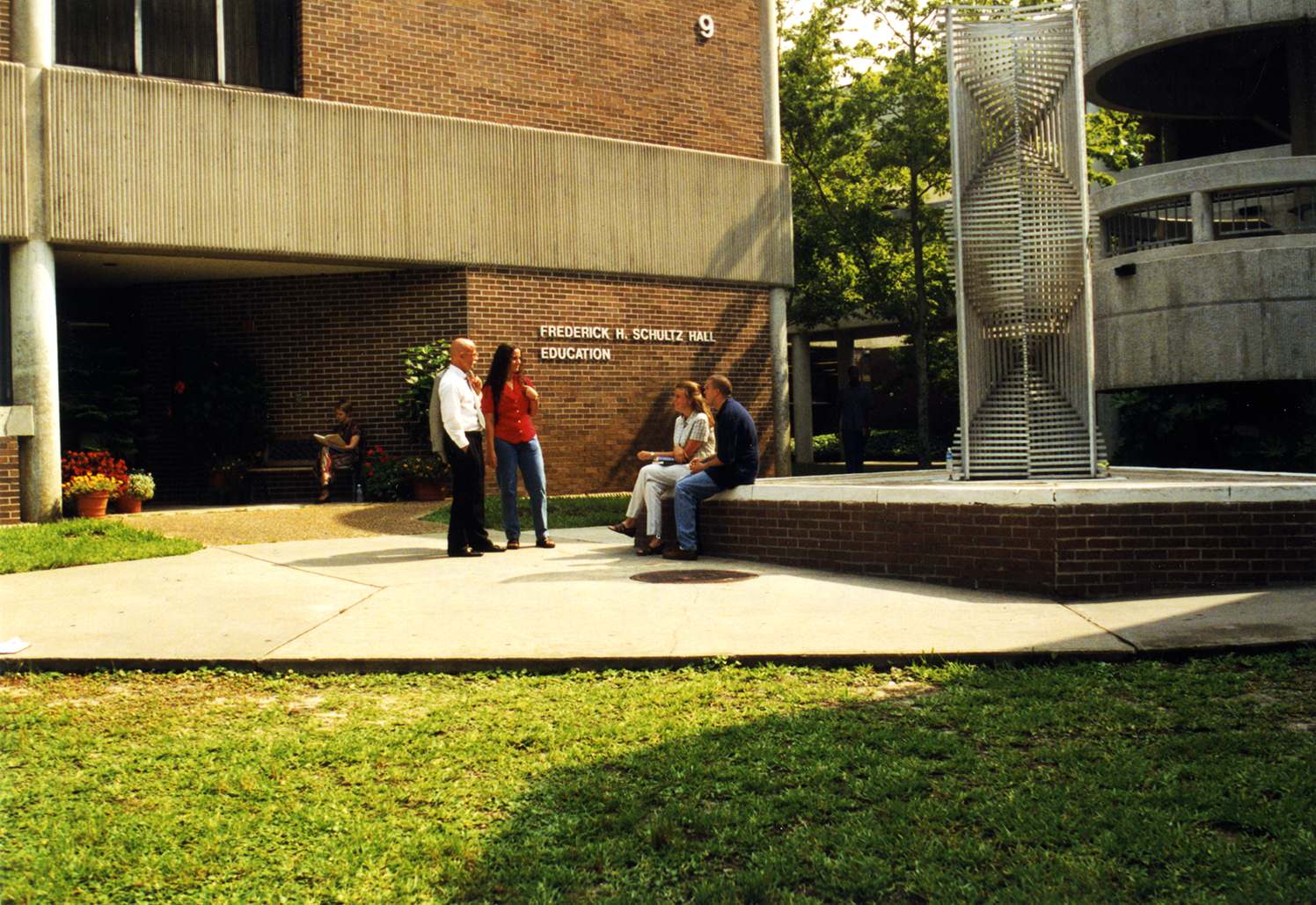 1974 Opening as College of Education Building

Building 9, which formerly housed the College of Education and Human Services, was named in honor of Jacksonville businessman, civic leader, and education advocate Frederick H. Schultz. His gift to the University in 1987 established a $1 million endowed chair named after UNF Interim President Andrew A. Robinson. He also founded the Schultz Center for Teaching and Leadership.

Schultz's distinguished public service career included a long tenure in the Florida House of Representatives from 1963-1970, where he was instrumental in drafting the legislation establishing FSCJ and UNF. In 1979, he was appointed to the Board of the Federal Reserve System, where he served as Vice Chairman until 1982.

At the 1992 dedication of Schultz Hall, distinguished speakers and guests included Governor Lawton Chiles, Jacksonville Mayor Edward Austin, SUS Chancellor Charles Reed, and Duval County Superintendent of Schools Larry Zenke. Governor Chiles, in his remarks, reflected on Schultz's major role in education policy, "Education and Fred Schultz's name are synonymous in Florida." Superintendent Zenke described Schultz "as a man ahead of his time" and credited him with establishing an alliance between the three public institutions in the local educational community: UNF, FSCJ, and Duval County schools.

In addition to the Schultz Hall naming, other UNF awards honoring Schultz's achievements are numerous: Honorary Doctor of Letters on May 6, 1989; Honorary Alumni Award in 1998; and recipient of the 2003 Prime F. Osborn III Distinguished Business Leaders Award. In 2005, he was awarded a UNF Presidential Medallion.

In 2009, the Schultz Family Foundation gave a generous gift of $250,000 to name the Lobby of the new College of Education and Human Services Building in honor of Mr. Schultz.