Within Special Collections and University Archives in the Thomas G. Carpenter Library are books that don’t circulate because they are either rare (old and/or expensive) or hard to find. Non-circulating books include books by local authors, about local history, or they support specific Special Collections. These books are located in Special Collections on the first floor of the Library and may be used under supervision in the Reading Room.

Rare books include those that are old, have historic value, or are valuable. Many of these books were donated or purchased early in the university's history and are limited editions or signed. 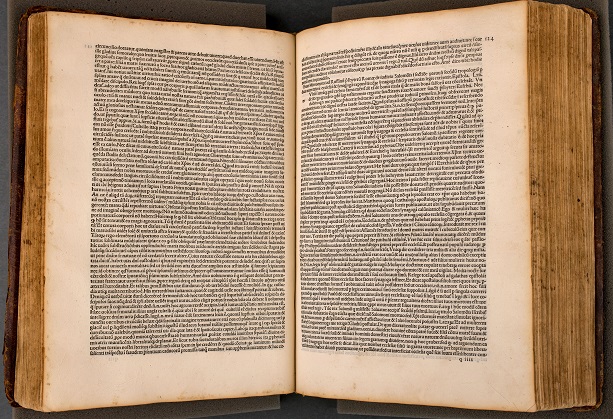 The Library's oldest work is Epistolae sancti Hieronymi [The Letters of St. Jerome]. It is an incunabulum (a book printed before 1501) and is dated 1496. This Latin work was printed in Venice by J. Rubeus Vercellensis. An interesting fact: St. Jerome is the patron saint of librarians and libraries, as well as archivists. 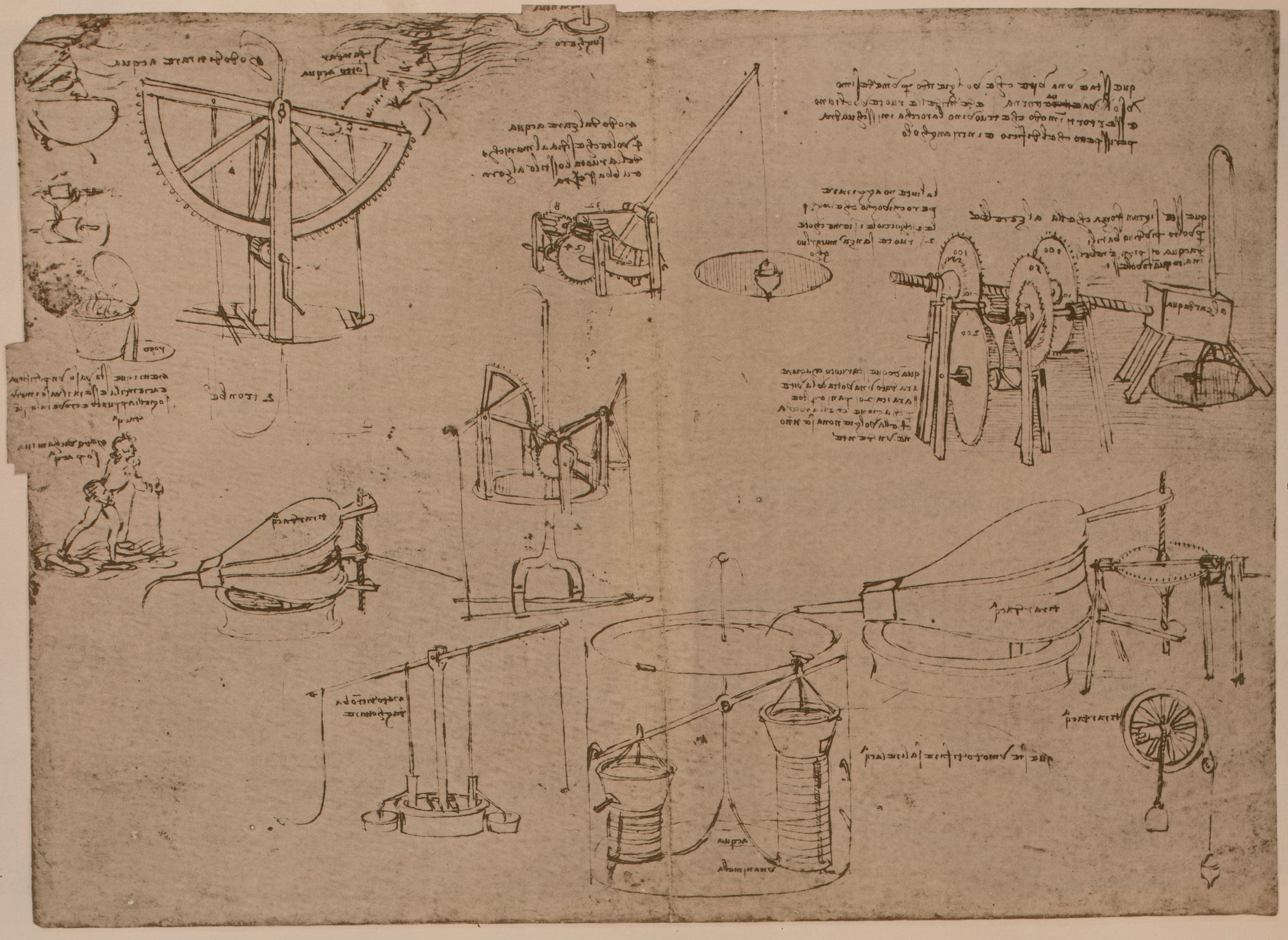 Special Collections owns two facsimile limited editions of Leonardo da Vinci manuscripts. The collection known as the Codex Atlanticus was published in Milan from 1894-1904 and consists of unbound notebooks, sketches, drawings, and other manuscripts written by Leonardo da Vinci between 1483 and 1518. The 1,384 oversized plates show his remarkable versatility and gifts as an artist, inventor, engineer, and mathematician. 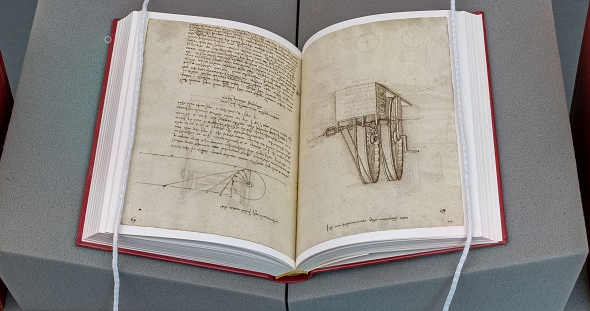 The Madrid Codices were discovered in 1965 in the National Library in Madrid. These manuscripts reveal Leonardo da Vinci's wide-ranging impact on the Renaissance, with varied sketches and designs ranging from mechanical inventions and cartography to proposals for new musical instruments, and lessons for painters.

The facsimile Leonardo da Vinci editions have particular historical relevance for UNF: they complemented the University' early Venture Studies program, an innovative component of interdisciplinary studies offered by the College of Arts and Sciences during the University's first decade. Venture studies courses were designed to provide the student with a broader perspective and background in both the humanities and sciences. Leonardo da Vinci's accomplishments were chosen as the motivating inspiration for the Venture program. 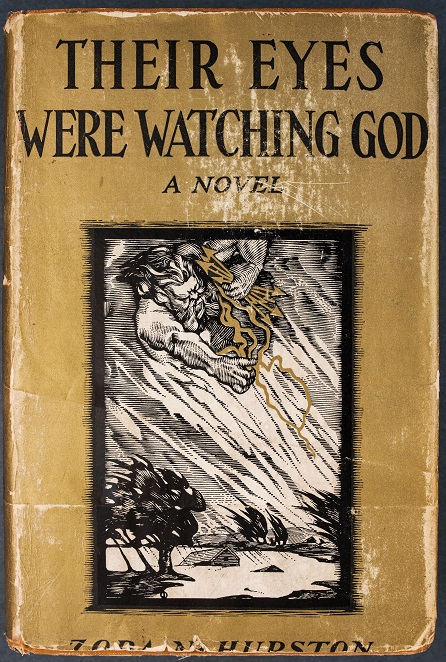 Enitharmon Press: one of Britain's leading literary publishers. Founded in 1967, Enitharmon is the name William Blake gave to a character representing spiritual beauty and the inspiration of a poet. The Press specializes in high-quality artists' books and original poems in small-format volumes. Example: Walking with Trees (Leonard Clark). 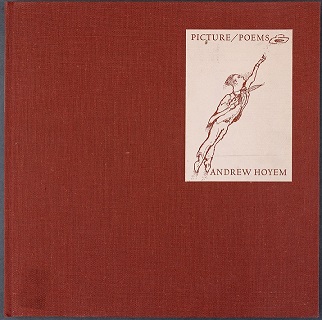 Arion Press: an American press known for its printing tradition and unique integration of art illustrations with texts. Only two to three limited edition books are designed and produced, mainly by hand, each year. Andrew Hoyem founded the Press in 1974 and is also a poet with five books of published poetry. Example: Picture / Poems (Andrew Hoyem). 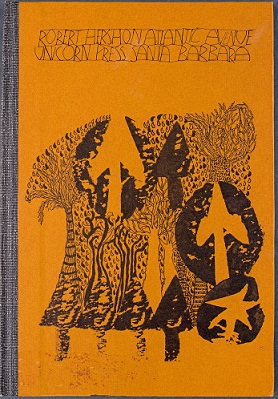 The publications of local and Northeast Florida poets are included with the works of Nola Perez, Mary Sue Koeppel, Orville Tyler and the Tyler-Palmer family, Columbus Drew, Laura Gradick, James Weldon Johnson amongst others. UNF faculty and graduates also are represented in the collection with the published works of Mary Baron, Clark Lunberry, William Slaughter, Louise Rhoads, and Valerie Anthony.

The core of this collection was donated to Special Collections by Distinguished Professor and Professor Emeritus of English Richard Bizot. From 1986 through 2008 Doctor Bizot coordinated the Irish Studies Program at UNF, which was a diverse academic program including courses about Irish fiction, poetry, and drama as well as community events including poetry readings, concerts, lectures, film series, exhibits, and symposia.