An impact factor is one measure of the relative importance of a journal, individual publication, or research to literature and research.

Journal impact factors, citations to publications, h-index of researchers are used to measure the importance and impact of research.

Informed and careful use of impact and citation data is essential.  It is important to ensure data is being used to compare like with like:

The journal impact factor is calculated on the average number of citations per paper published in that journal during the three preceding years.

Immediacy index based on the number of times articles published in the preceding year were cited in that year.

Eigenfactor Score, based on the number of citations received by articles in a journal, weighted by the rank of the journal the citations appear in.

Article Influence Score is a measure of the average influence of each of its articles over the first five years after publication.

Acceptance and circulation rates can be useful metrics in determining the relative importance of particular journals.

Citation analysis is a way of measuring the relative importance or impact of an author, an article, or a publication by counting the number of times that author, article, or publication has been cited by other works.

Why is citation analysis important?  It provides answers to:

The results of citation analysis in various databases will vary depending on the tool(s) used and thoroughness of the search.

The citation data will relate only to articles indexed within the database.  Variations occur because databases

The h-iindex is based on the set of a researcher's cited papers and the number of citations that the researcher has received in other people's publications. 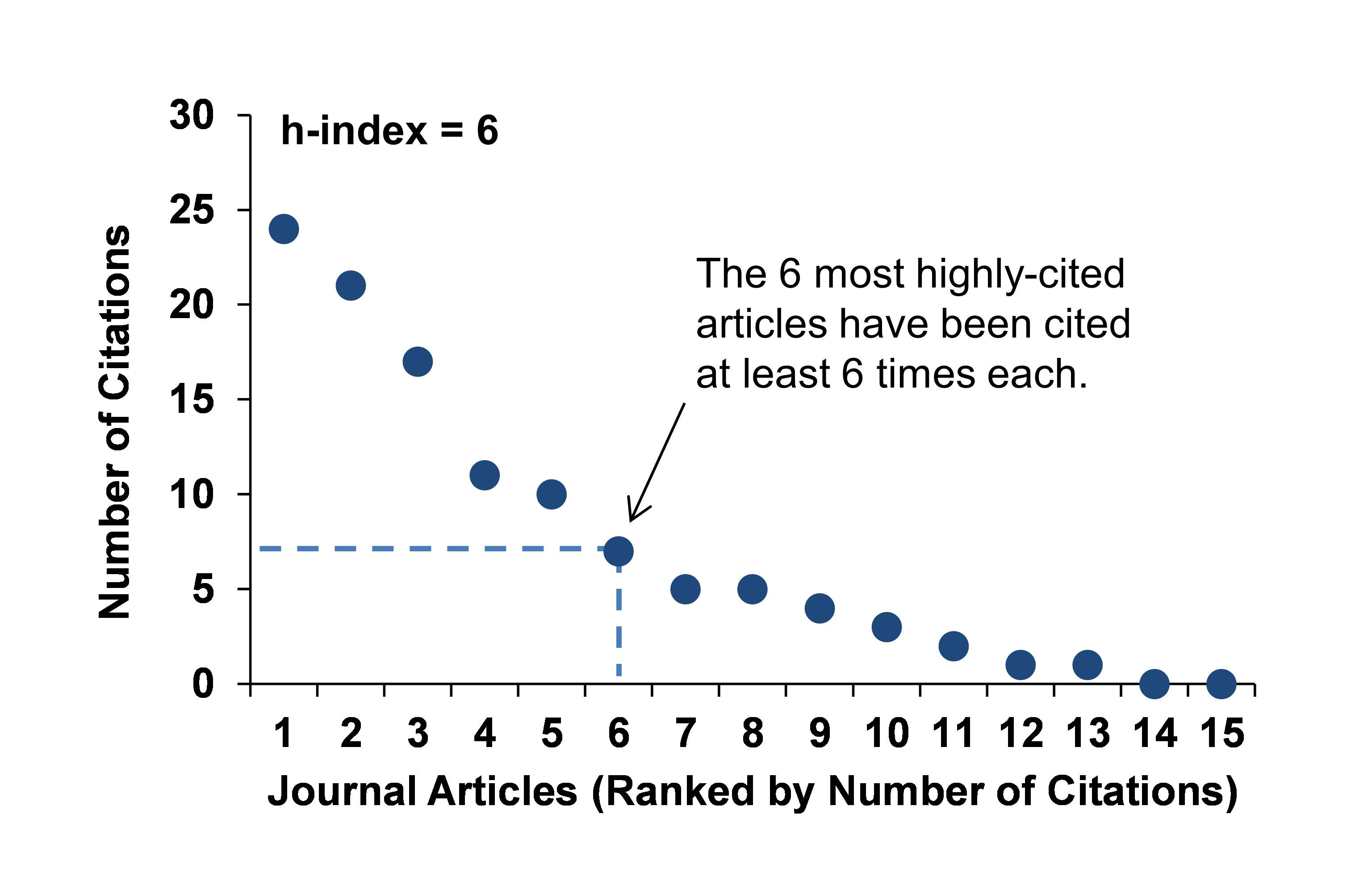 The h-index is the largest number of articles/books that a researcher has published (N) that have been cited N times.

Example: If a researcher has 6 papers thave have been cited 6 or more times, their h-index is 6.

Three resources include the necessary citation data for h-index in their respective databases.

The h-index of an author will be different in each of these databases, since they calculate using their own journal content.