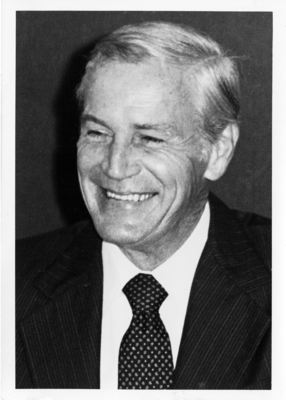 While supervising and coordinating the development of academic programs and an expanding campus, Dr. Carpenter instilled in UNF's faculty and staff a strong sense of community involvement by personal example. He served on numerous community agencies and other boards and encouraged members of the University community to be similarly involved. A devout believer in the necessity of a strong university library as a cornerstone in the educational process, Dr. Carpenter was an advocate of the UNF Library and saw it develop during his tenure into one of the finest to be found within the Florida State University System (SUS), the state, and the region. Because of his long and faithful service to the state of Florida and the SUS, it is both fitting and proper that the University of North Florida Library bear the name of Thomas G. Carpenter.