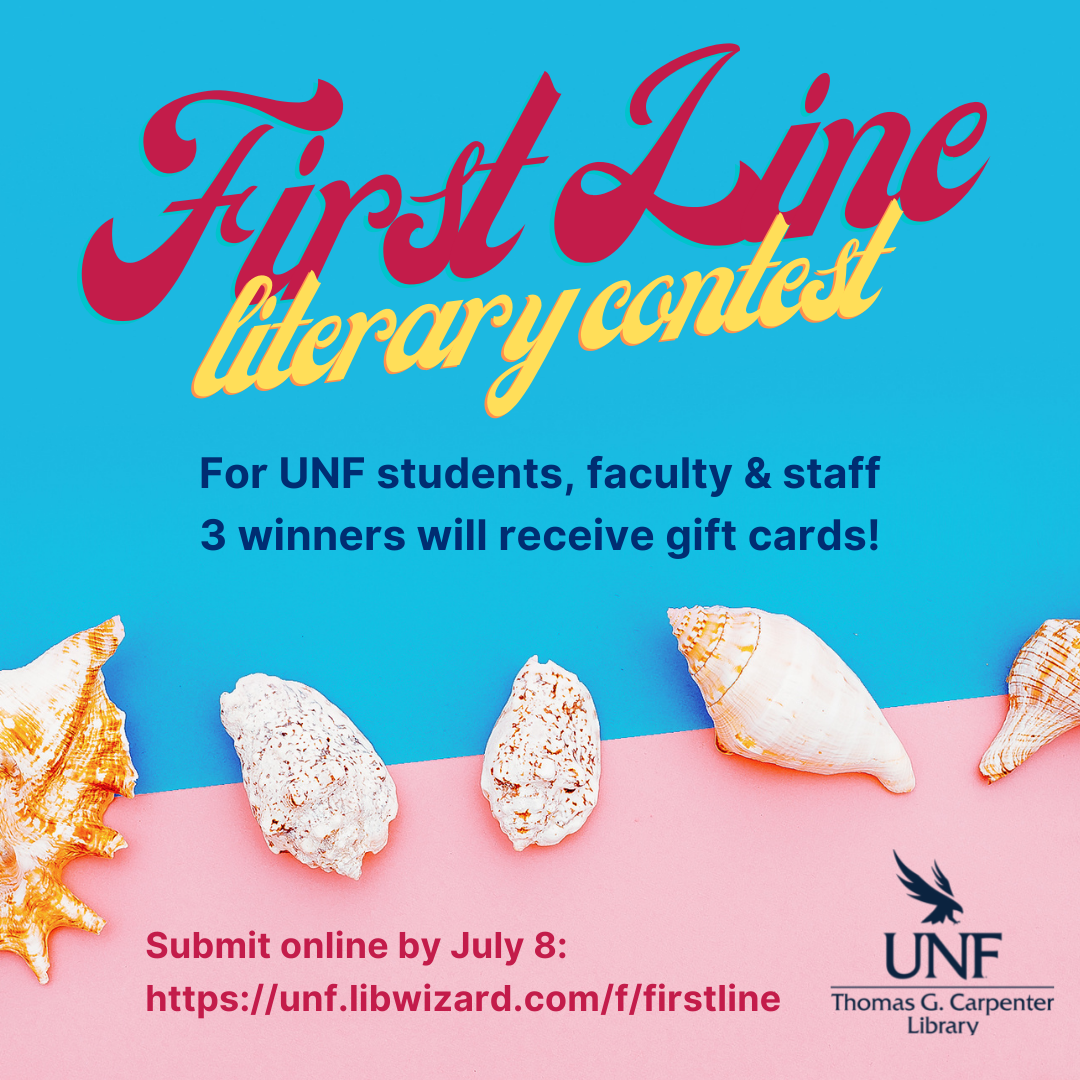 "Ships at a distance have every man's wish on board." - Their Eyes Were Watching God

"All happy families are alike; each unhappy family is unhappy in its own way." - Anna Karenina

Just in time for Summer Reading, the University of North Florida's Carpenter Library invites Ospreys to compose their best opening line to an imaginary novel. Any topic or genre is acceptable, as long as your first sentence is original and draws us in, leaving us craving more. All UNF students, faculty, and staff are welcome to participate. Entries must be submitted online between June 27 and July 8, 2022.

For inspiration, check out this list of "83 Opening Lines Of Famous Books That Will Make You Want To Read Them Now." 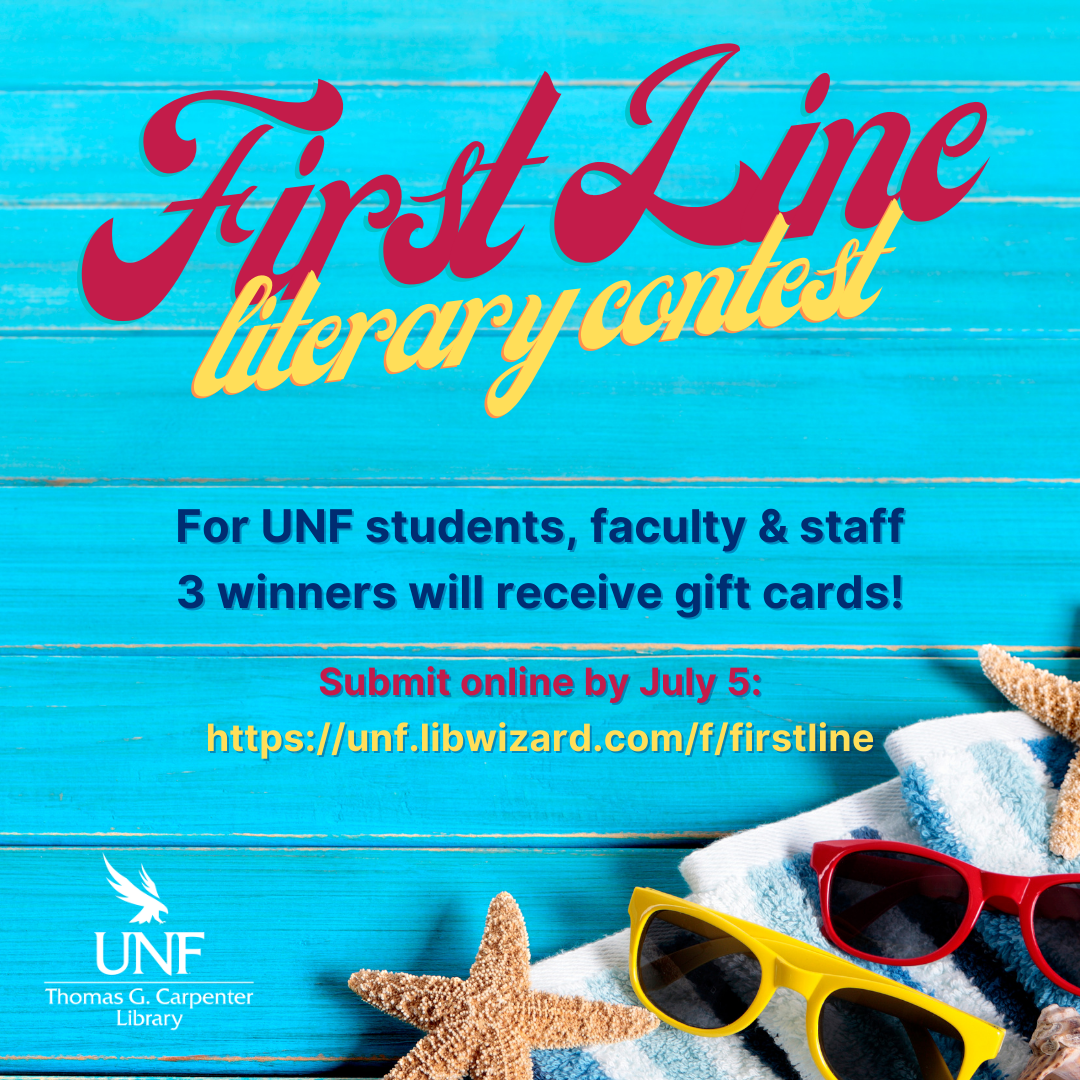 Our inaugural First Line Literary Contest received 110 entries from students, faculty and staff. Thank you to all who entered! The winners were as follows:

I was on the fence about it —literally—I clung to the chain links.

There were very few moments that stood out in Archibald Humphrey's life, but had he known this one would be his last, he would've chosen a better tie.

It was the sixth Saturday in June and the cicadas had ceased their summer song.

Out of the ashes and smoke came a memory that had been long forgotten. – Kellie Holden, Undergraduate Student, Biomedical Sciences

The doorbell rang at half past two, the dog barked thrice, and I nearly died.  – Kellie Holden, Undergraduate Student, Biomedical Sciences

The fetid smell of my own corpse followed me around the house and I marveled at the unfairness of it all. – Amber Davis, Undergraduate Student, Biology

Mother taught me to always pick wilted flowers for the dead as they never seemed to mind a bouquet of day-old daffodils. – Timothy Cheney, Staff Member, CCI

She created man and the stars wept; for all that was holy was lost. – Daphne Hall, Undergraduate Student, English

Maybe if I start at the end this won’t hurt as much. – Kaitlyn Vlasto, Undergraduate Student, Biomedical Sciences

As my trembling fingers fumbled around in my back right pocket, I mumbled a silent prayer, pleading that my worst nightmare had not just become a reality. – Hannah Harwick, Undergraduate Student, Business Management

All gringas were the same, with the straw colored hair and the familiar gaze of colloquialism in their hungry eyes. – Christina Smith, Graduate Student, Educational Leadership